There’s something special about true stories. They have the power to captivate and inspire us like no other type of story can. But why is that? What makes stories about the world around us, and the people inhabiting this world so meaningful?

Perhaps it’s because true stories offer a glimpse into the human experience that we can all relate to. Or maybe it’s because they remind us of our own mortality and the fragility of life. Whatever the reason, true stories have been popular with readers and writers alike going as far back as time itself. Writers like Truman Capote, Hunter S. Thompson, and Joan Didion have all made careers out of writing about true stories, but it feels like things have changed in recent years, and the true story has become even more popular than ever. For example, according to a study by the Pew Research Center, 65% of American adults read at least one nonfiction book in 2016, with true stories being one of the most popular genres and adult nonfiction sales rising 4.4% in 2022.

There are a number of factors that have contributed to the true story’s recent surge in popularity. One is the rise of social media and the 24-hour news cycle. In the past, true stories were often overshadowed by fictional ones because they couldn’t compete with the escapism that fiction offers. But with social media, we’re now constantly bombarded with true stories, whether we like it or not. We see stories about natural disasters, political scandals, and heartbreaking personal tragedies playing out in real-time on our news feeds and timelines. This constant exposure to true stories has made us more receptive to them, and more interested in reading about them.

Another factor is the increasing mistrust of traditional news sources. In an age of “fake news”, people are turning to true stories as a way to get reliable information about the world around them. People also feel an alarming amount of mistrust in the media, which makes true stories a way to get an unbiased look at the world via the stories of people’s experiences.

But true stories have always been popular with writers because they offer a way to explore the world without having to make things up. With a true story, the writer doesn’t have to worry about creating believable characters or coming up with a compelling plot. All they need to do is find a story that’s already out there and tell it in the most interesting way possible. If you’re a nonfiction writer, that part where I said all you need to do, probably made you roll your eyes or laugh out loud. Anyone who writes nonfiction will tell you that it’s just not that simple.

Yet, all of this cultural flux in culture has also led to a resurgence of interest in true stories, particularly in the literary world. Books such as Wild by Cheryl Strayed, The Immortal Life of Henrietta Lacks by Rebecca Skloot, and In the Heart of the Sea by Nathaniel Philbrick have all been bestsellers. Even magazines like The New Yorker and Harper’s are devoting more and more space to true stories. In fact, The New Yorker recently published a special issue devoted entirely to true crime stories.

Podcasts have also proliferated the digital airwaves in recent years, and many of them are devoted to true stories. Serial, This American Life, and Radiolab are all extremely popular podcasts that have helped to popularize true stories. The popularity of true crime documentaries like Making a Murderer and The Jinx have also played a role in making true stories more popular than ever.

True stories have also been popular as a release or escape from the increasingly chaotic and uncertain world we live in. Given the news is filled with stories of terrorism, natural disasters, and political turmoil, it’s no wonder we’re seeking refuge in true stories that offer a more positive view of the world. Ultimately, true stories offer a sense of connection and understanding in a world that feels increasingly divided and remind us of our shared humanity by offering a window into other people’s lives and experiences, which helps us to empathize with them. For example, This American Life’s episode “The New Normal” featured a moving story about a gay couple who adopt a baby with Down syndrome. The story offered listeners a glimpse into a world that they may not be familiar with, and helped to break down stereotypes and prejudices.

But let’s be honest, true stories are simply different. They are a fascinating looking glass into the real world and the real people inhabiting it. They also fulfill our natural curiosity at the most base level of desire and offer a much-needed dose of reality in these uncertain times.

In a world that often feels like it’s spinning out of control, true stories help to ground us and remind us of what’s really important. 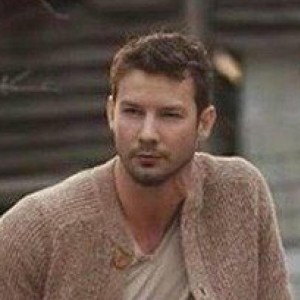 The Top 10 Transcendentalist Poems of the 19th-Century

The marvel of the freedom: In patches